Well, it's easy to overlook isn't it? And with more than 1 car to keep tabs on then it's even harder. Yes, I know, "make a note in your diary" I've done that now OK, so next time it won't get forgotten!

After all the fun of The MX-5 Owners Club fab rally at Gaydon it occurred to me that Project Merlot hadn't had an MoT lately, so it must be due soon. Turned out when the paperwork was dug out it was not due at all, but in fact was somewhat overdue! *cough*

So in an effort to put that right as soon as possible we called upon the services of Michael Cleverly at Cleverley Repaired Cars, in deepest Suffolk at Stradbroke. It passed of course, never any doubt about that, although Michael was uncomplimentary about its suspension set up with words something like; "the most uncomfortable ever in an MX-5"
I think he has a good point, but it works damned well around a race track.

Thanks Michael for coming to the rescue.

Wow, the MX-5 has reached the ripe old age of 25 and the MX-5 Owners Club is 20. With events on throughout the year the big one was the Anniversary Rally at the Heritage Motor Centre, Gaydon. Project Merlot found a nice spot to park and whilst it was very tempting to pop into the arena for a bit of tyre smoking with Mission Motorsport we resisted! In fact we came back with a new set of boots on the road wheels from our good friend Nick Dougill of MoT. 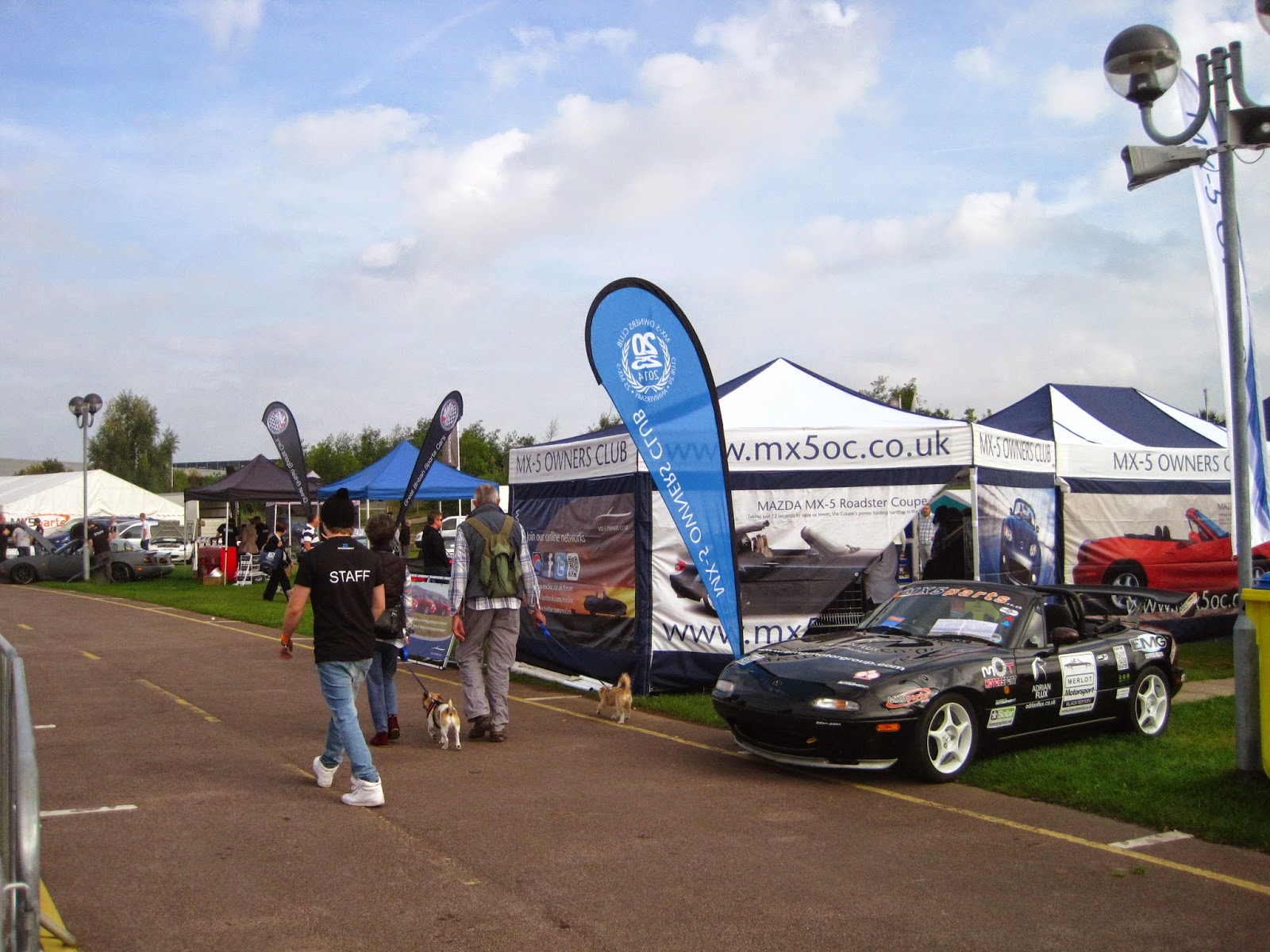 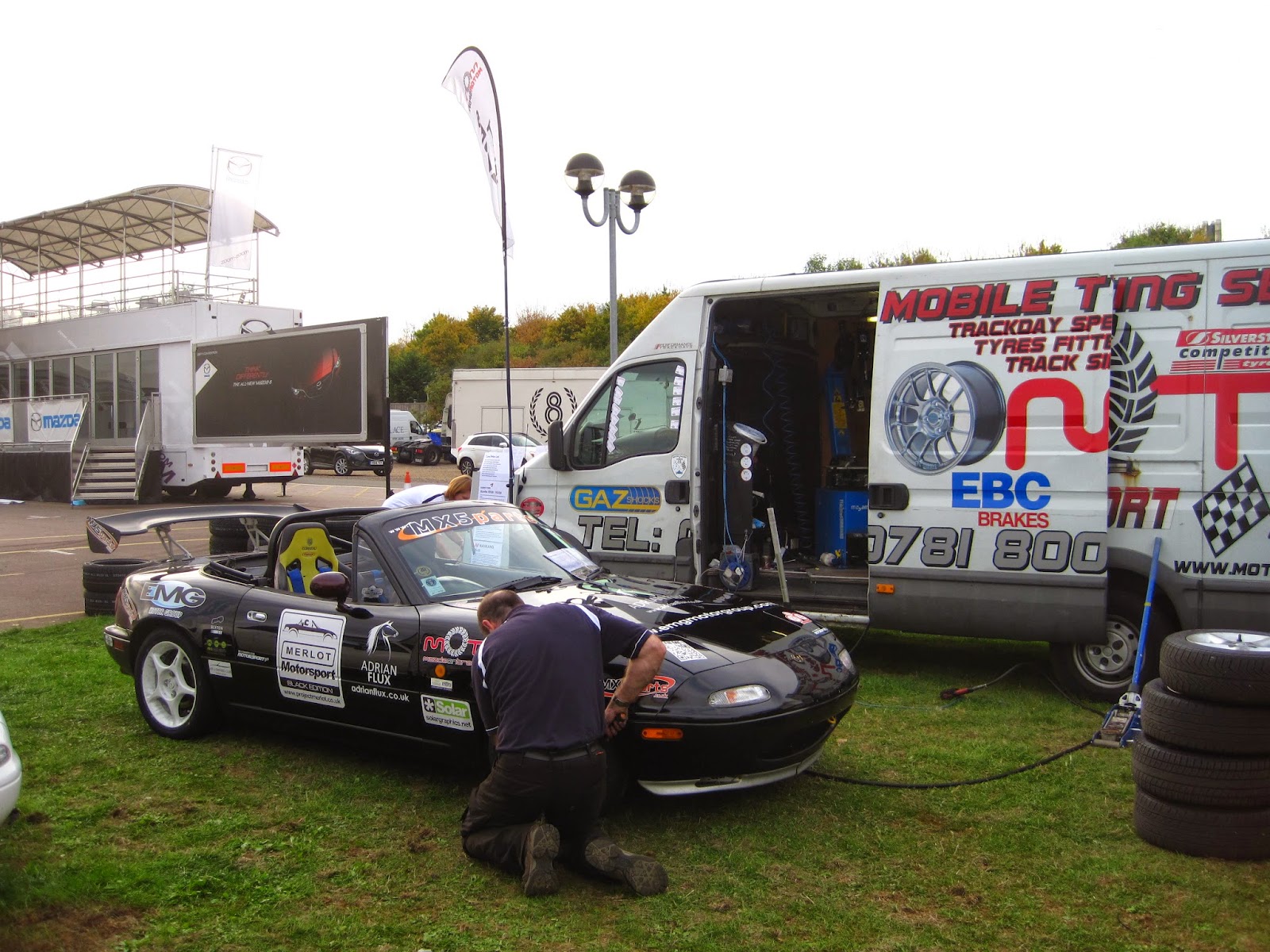 It was early on Saturday 21st June that the 4 figures that made up Team Merlot 2014 left Ely for Blyton Park Driving Centre in Lincolnshire. Their sole aim was to have a great weekend at the MX-5 Owners Club's 3rd "Blyton Bash". The weekend was to consist of 2 afternoons of track driving and an a social evening to share stories of the day.
After arriving at the venue and carrying out the usual pre-track ritual of emptying Project Merlot of what wasn't essential to driving, setting the damper settings to the preferred hardness (unlike the last event!), changing the road wheels and tyres for a set of Team Dynamics wheels & super sticky Toyo R888s and on this occasion also fitting a new set of EBC yellow stuff pads to the front axle, kindly supplied by MX5parts.co.uk.
After signing on an completing the sighting laps Project Merlot was allowed, for the third year, out on the familiar Blyton circuit. As usual, the car took all that was thrown at it in it's stride and behaved impeccably throughout the afternoon (apart from a on going knock from the front suspension that seemed to be getting worse as the afternoon progressed).
As a thank you to MX5parts.co.uk for their support over the last few years, the staff were treated to passenger rides in the car, most of them not having been on track in an MX-5 before, so seeing what the car can do under track conditions seemed to really impress, with some of them coming back for more on the following day (watch out for the MX5parts Motorsport range in amongst the usual shiny stuff that they offer). 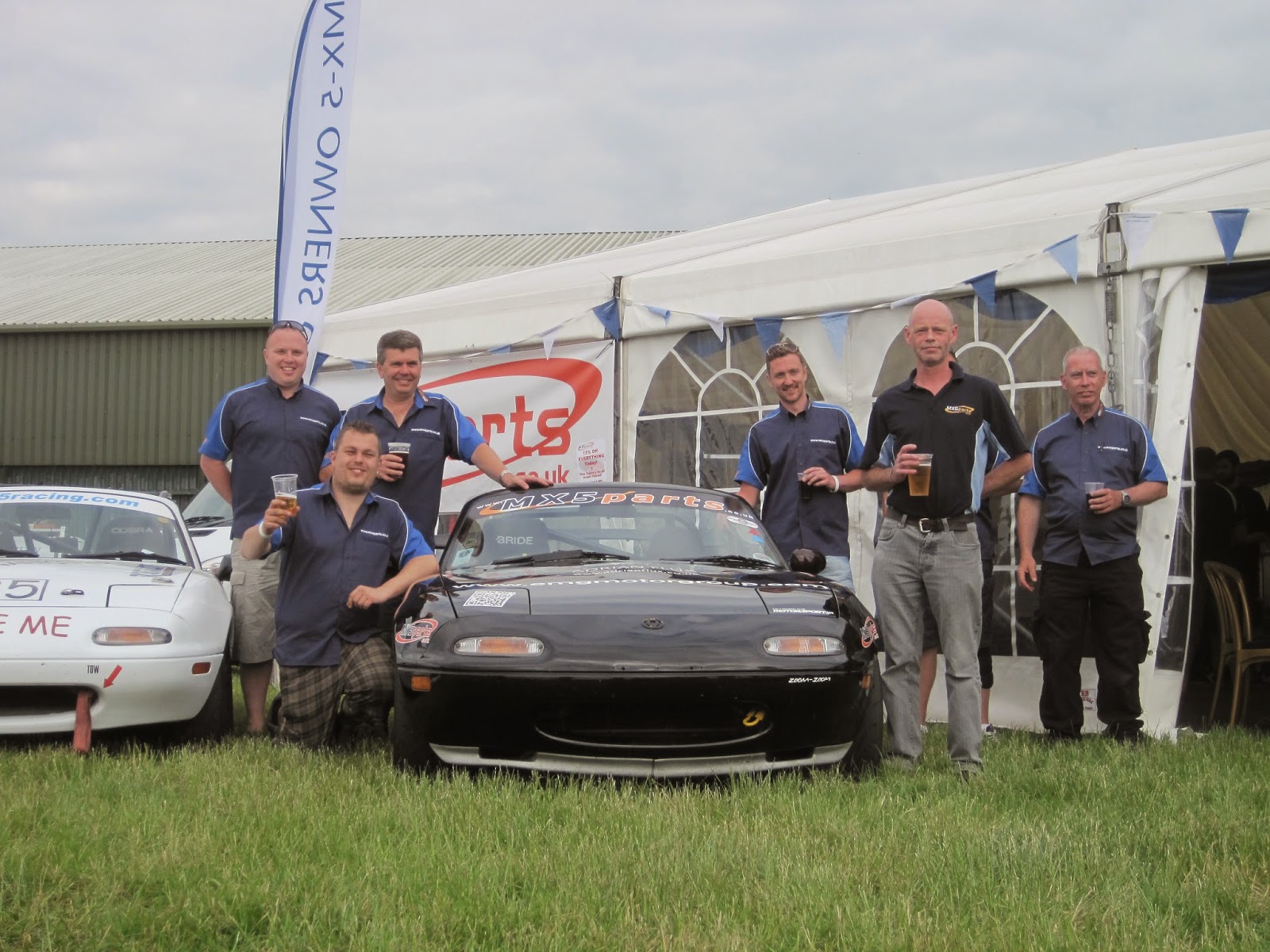 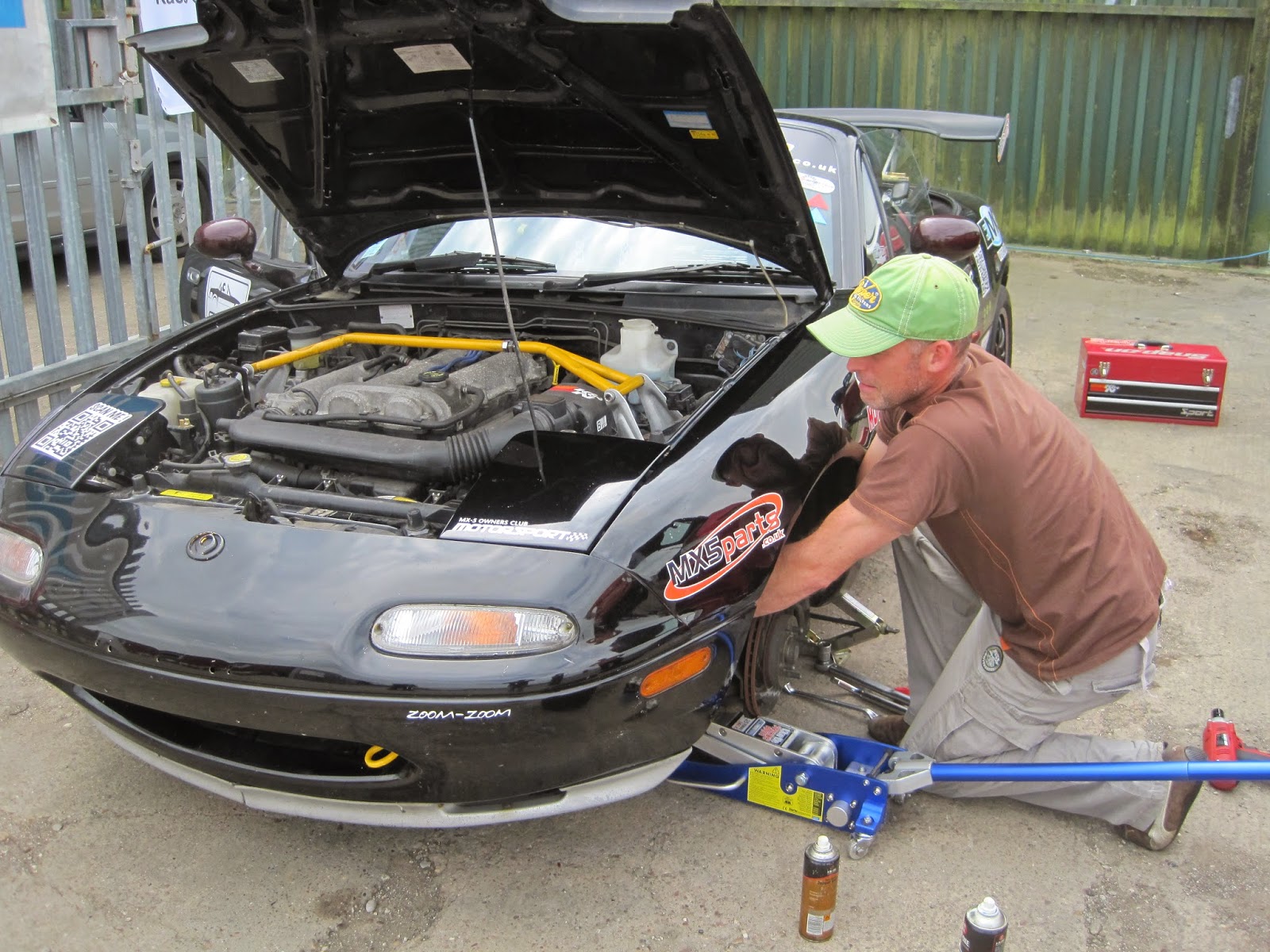 The afternoon ended all too quickly though and after a couple of pints at the onsite bar the team retreated to their questionable lodgings for the night (see Arties Mill & Lodge on Trip Advisor, Martin felt the need to leave a review!). After a good night's sleep, breakfast (which once again wasn't smoked salmon and poached eggs) and questionable coffee, the quartet made their way back to the circuit ready for the second afternoon of driving, with a twist! After some investigation into the knocking noise from the front suspension the previous evening, the car was jacked up and some grease applied between the upper arm suspension bushes and their mountings, meaning the noise was gone. Next came the track. Having visited Blyton twice previously and driven the same circuit on both occasions, since last years visit, the owner had added an alternative track layout. 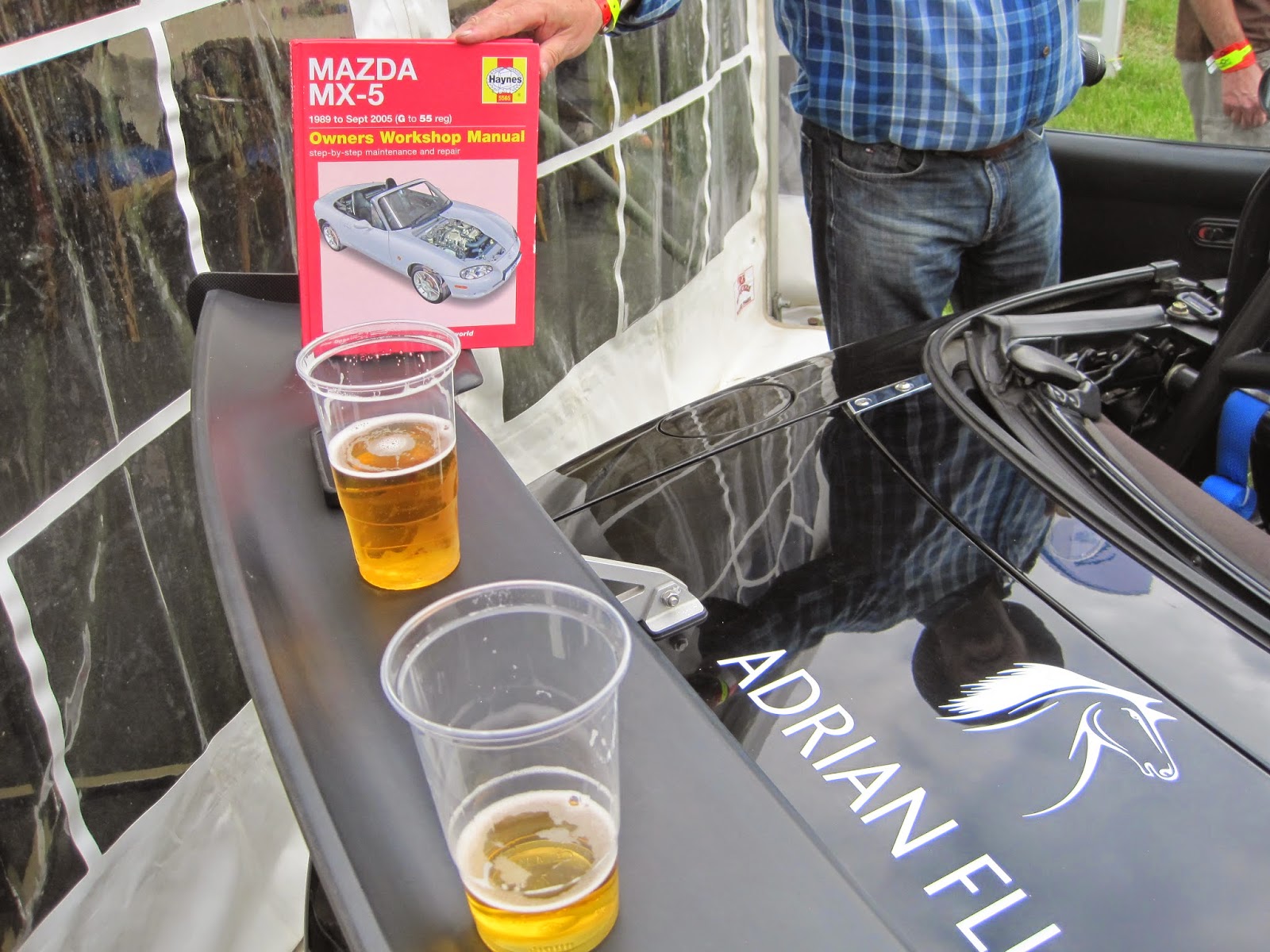 There can be few places with a motorsport heritage as amazing as Brooklands and on 27 April 2014 with the MX-5 Owners Club taking the place over for their Spring Rally it seemed quite fitting to put together an MX-5 Motorsport stand and feature on it pretty much every motorsport option for a MK1 MX-5.

Project Merlot was there to represent the hardcore track day car, but the stand also featured; a novice track car, a full on race car, a race kit car and a track focussed MX-5 kit car.  With the previous day seeing Project Merlot at Brands Hatch for MX-5 Racing with 5 Club Racing it was a pretty full on weekend once again. 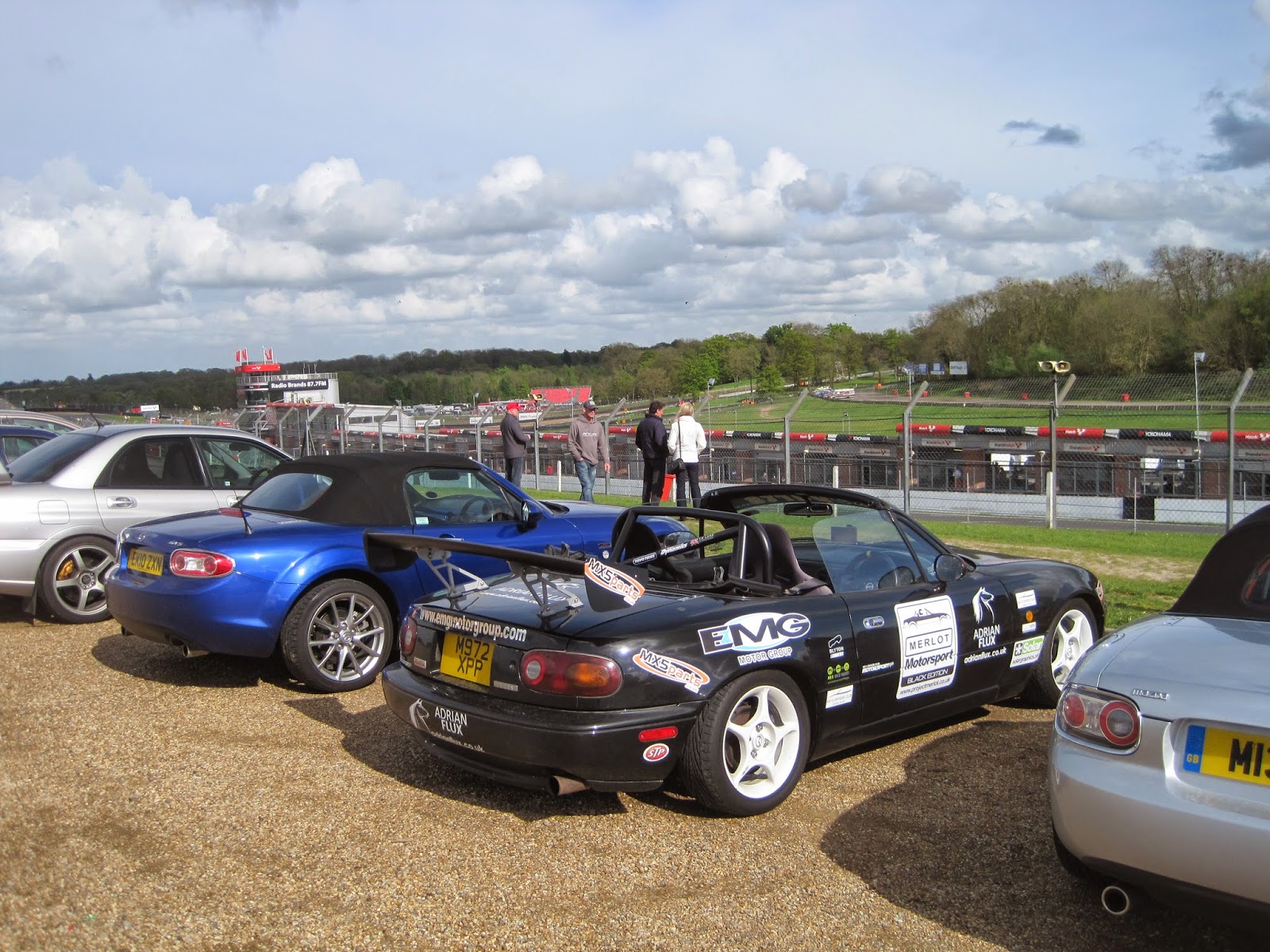 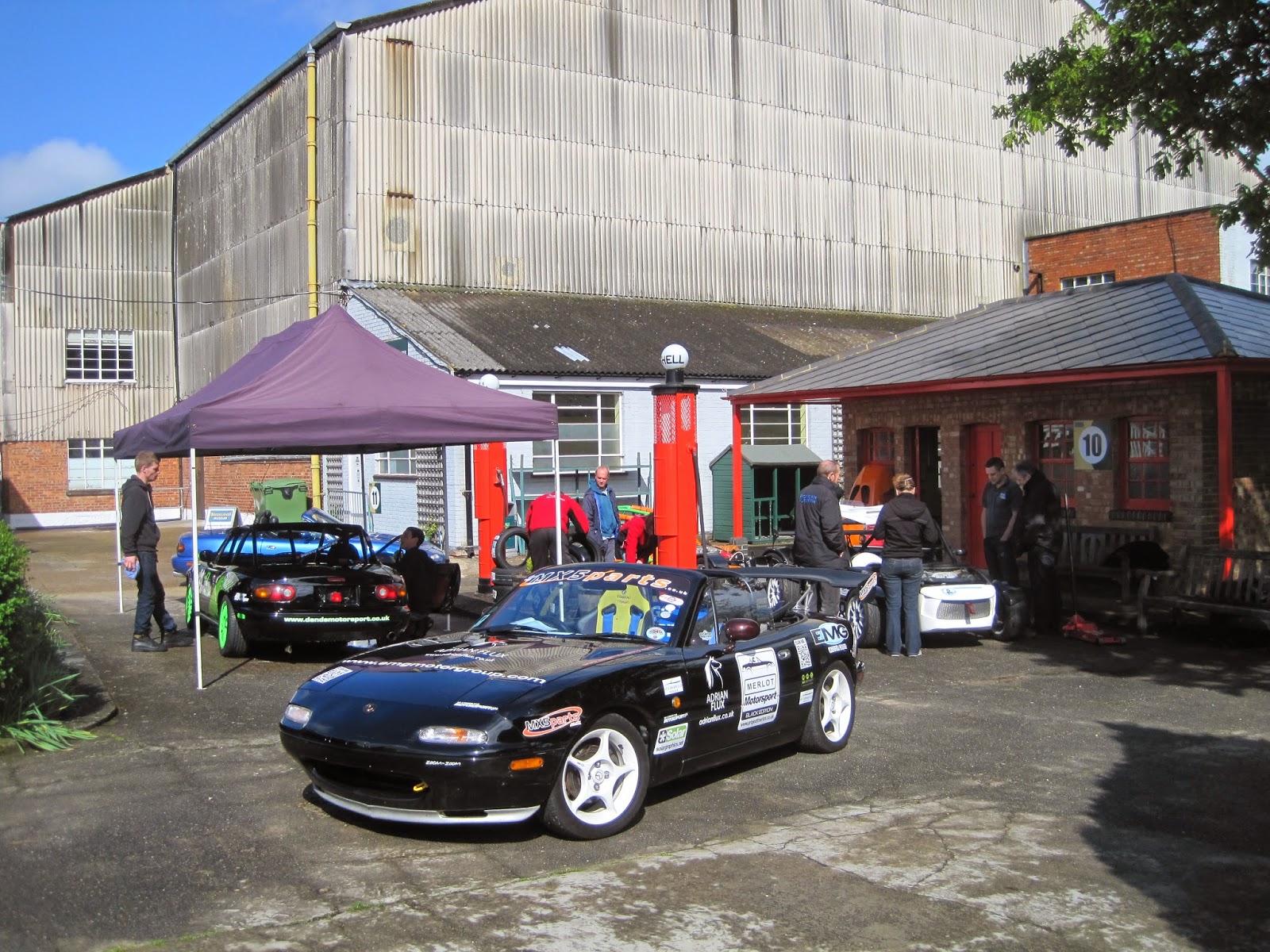 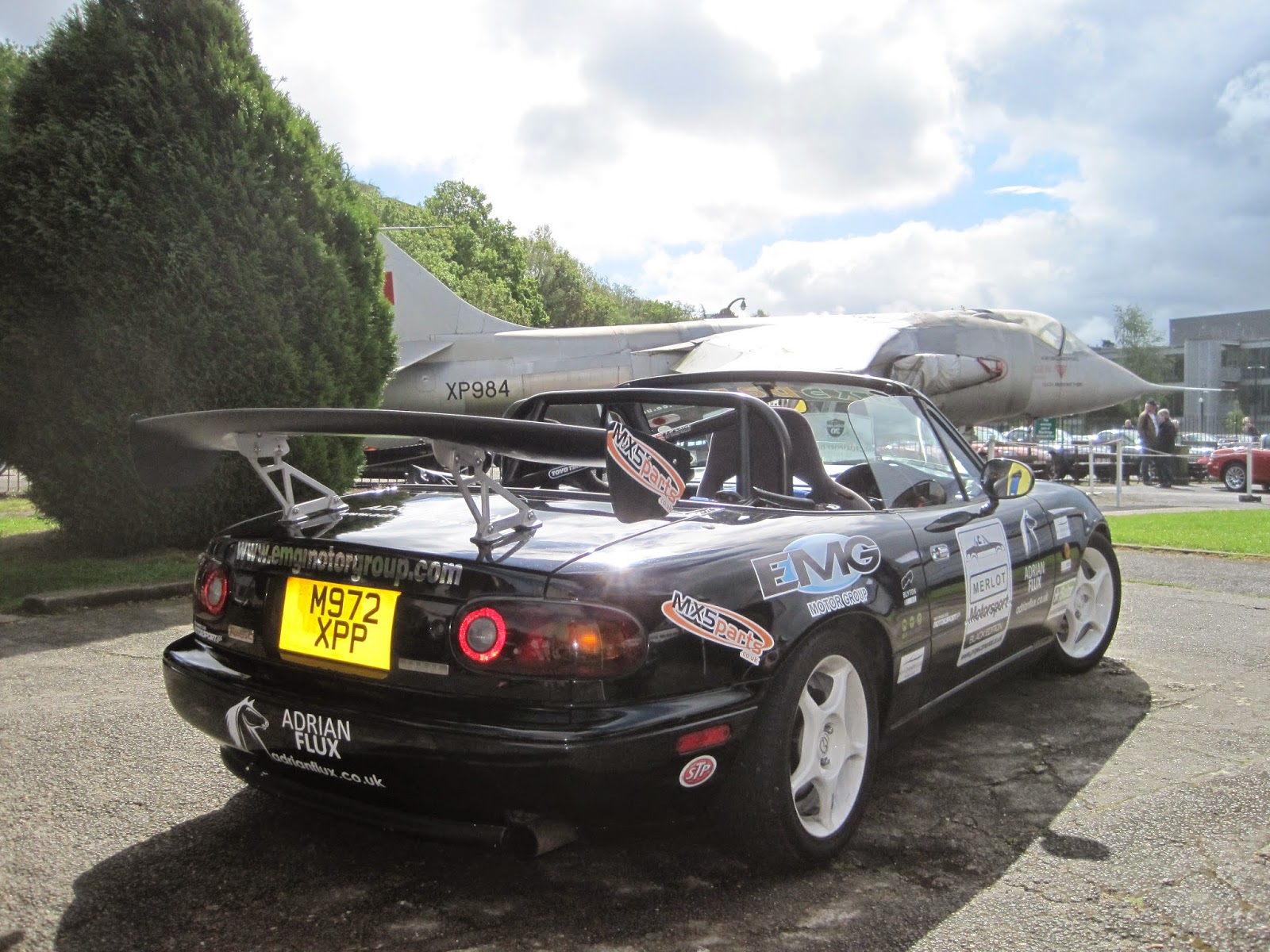 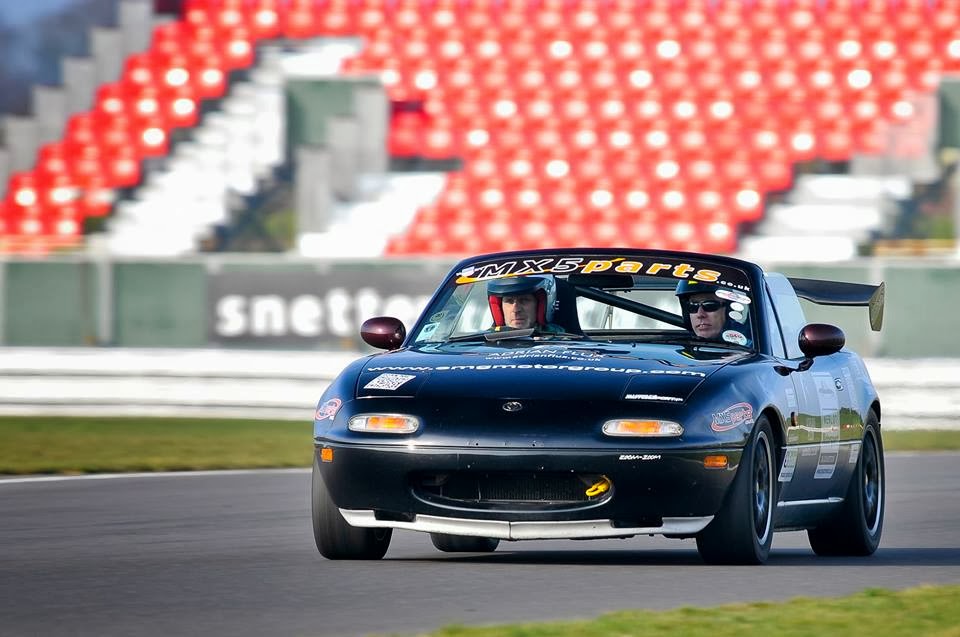 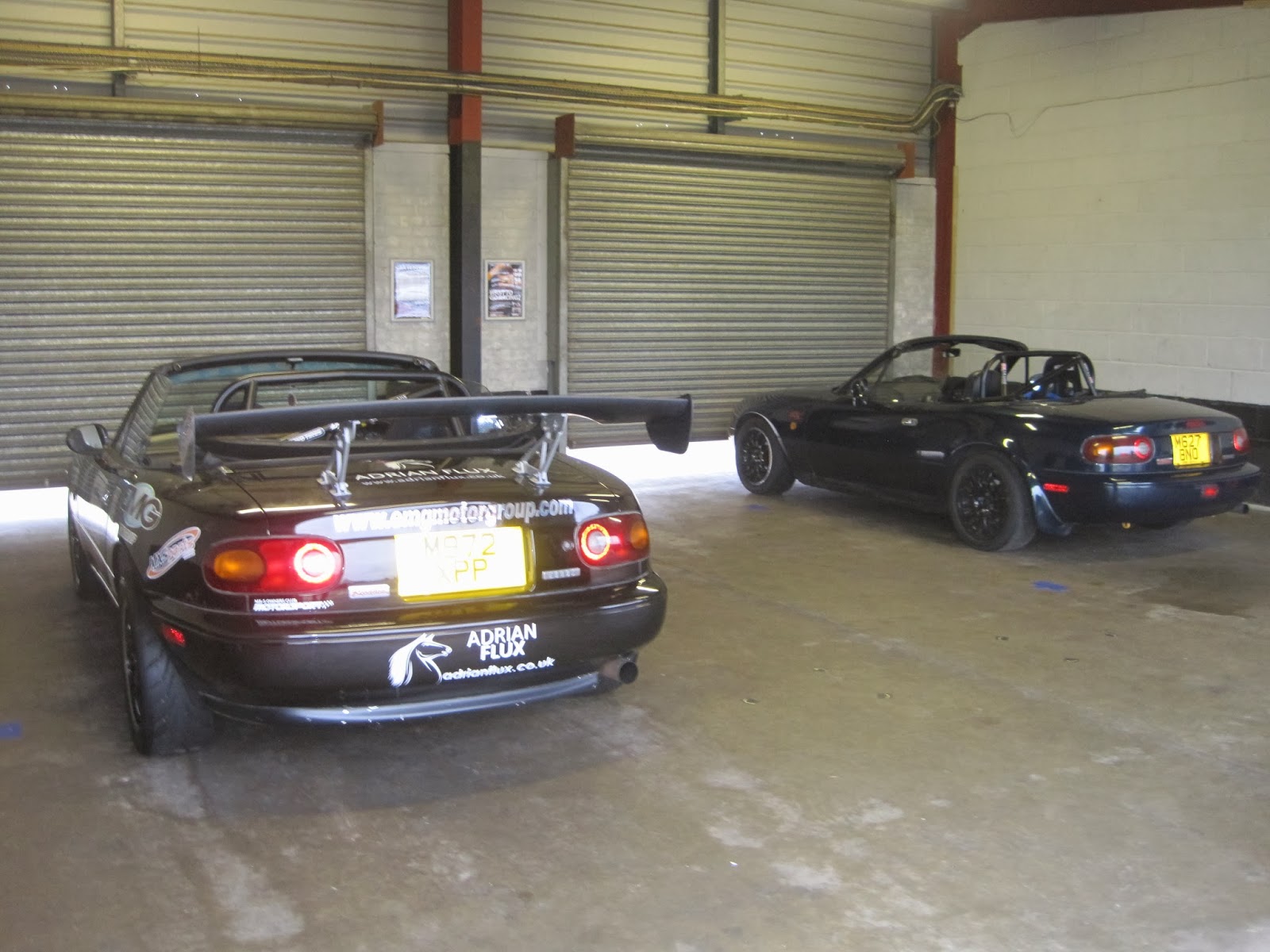 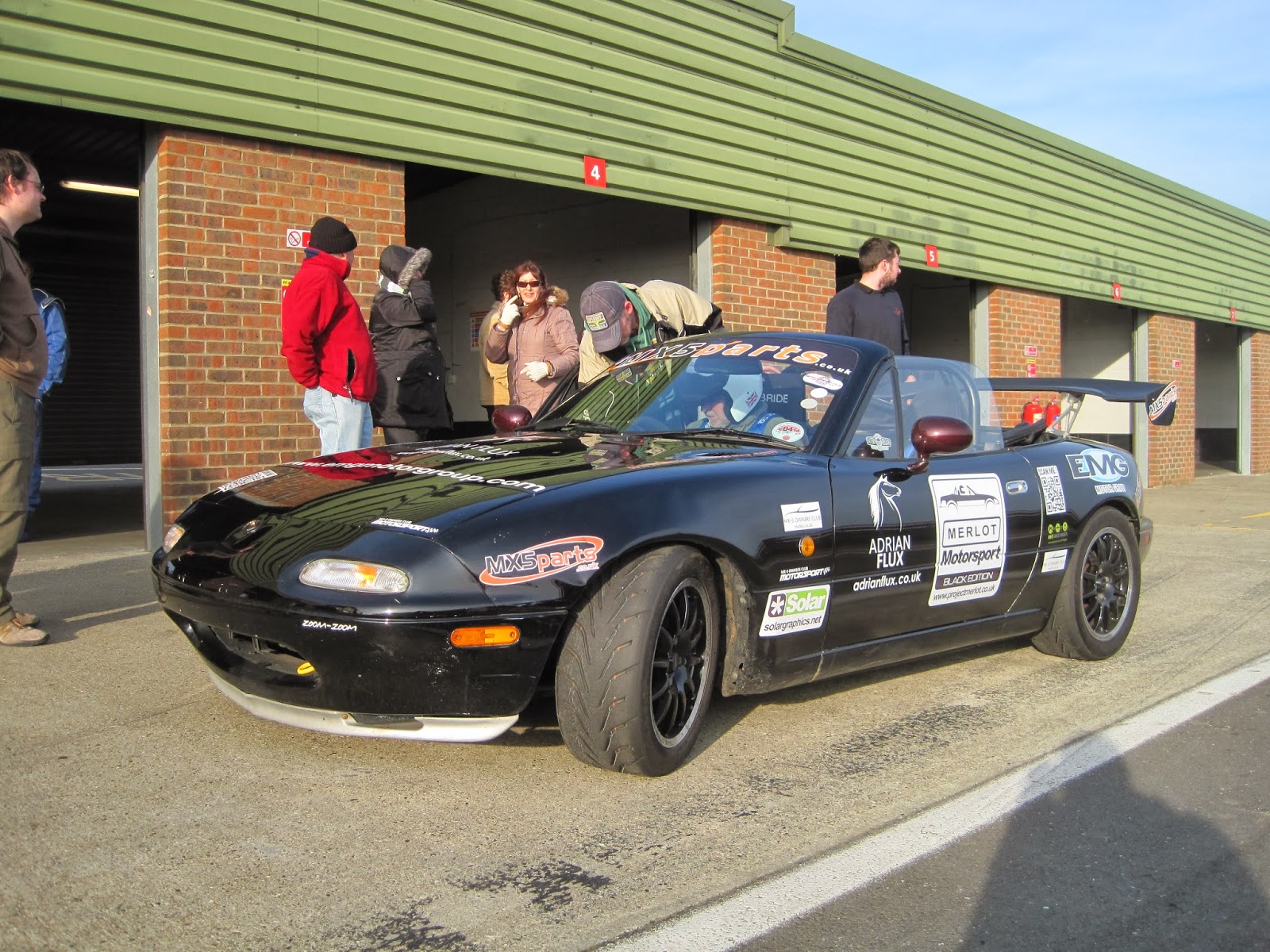 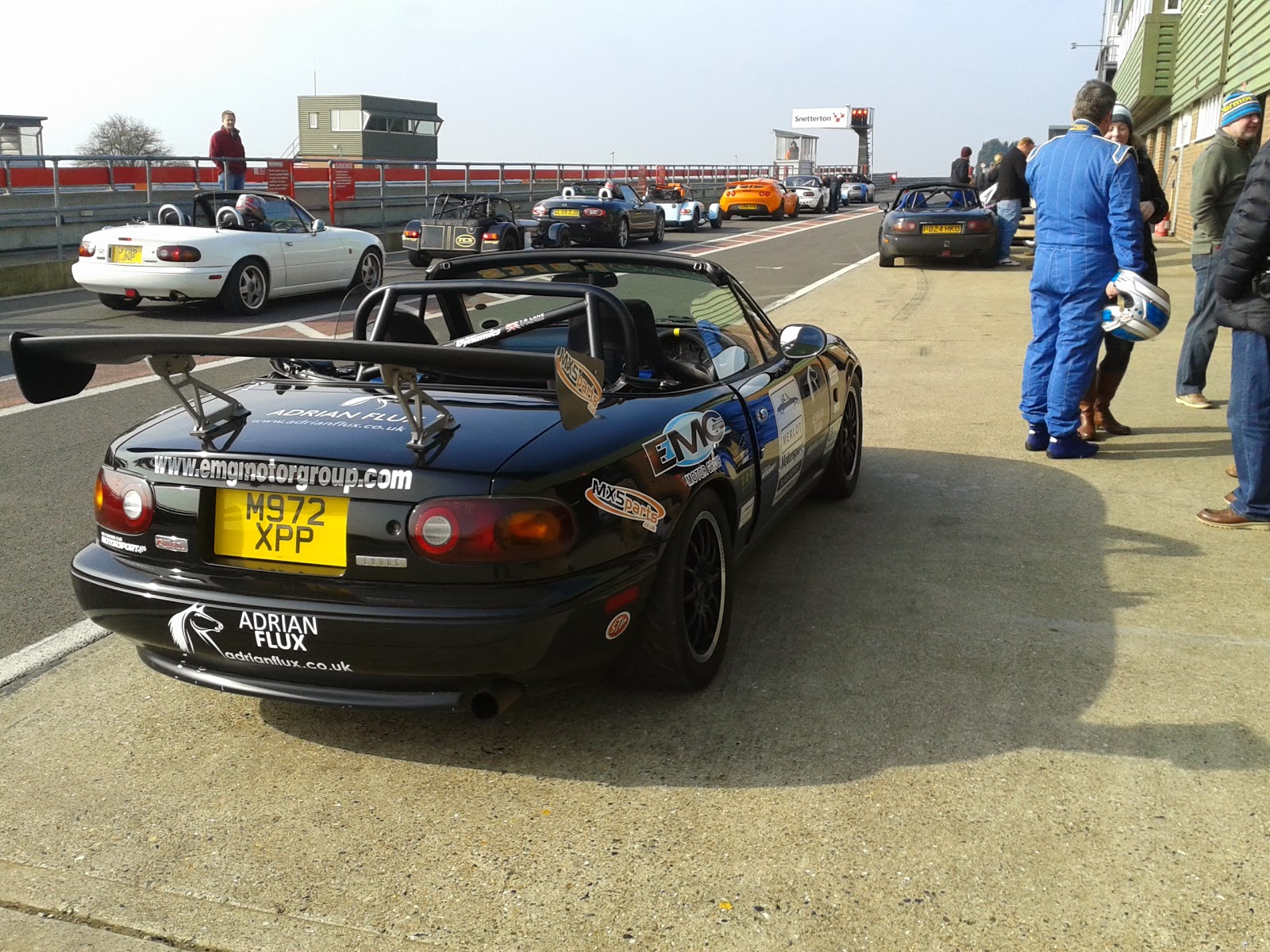 From shiney show car to this! 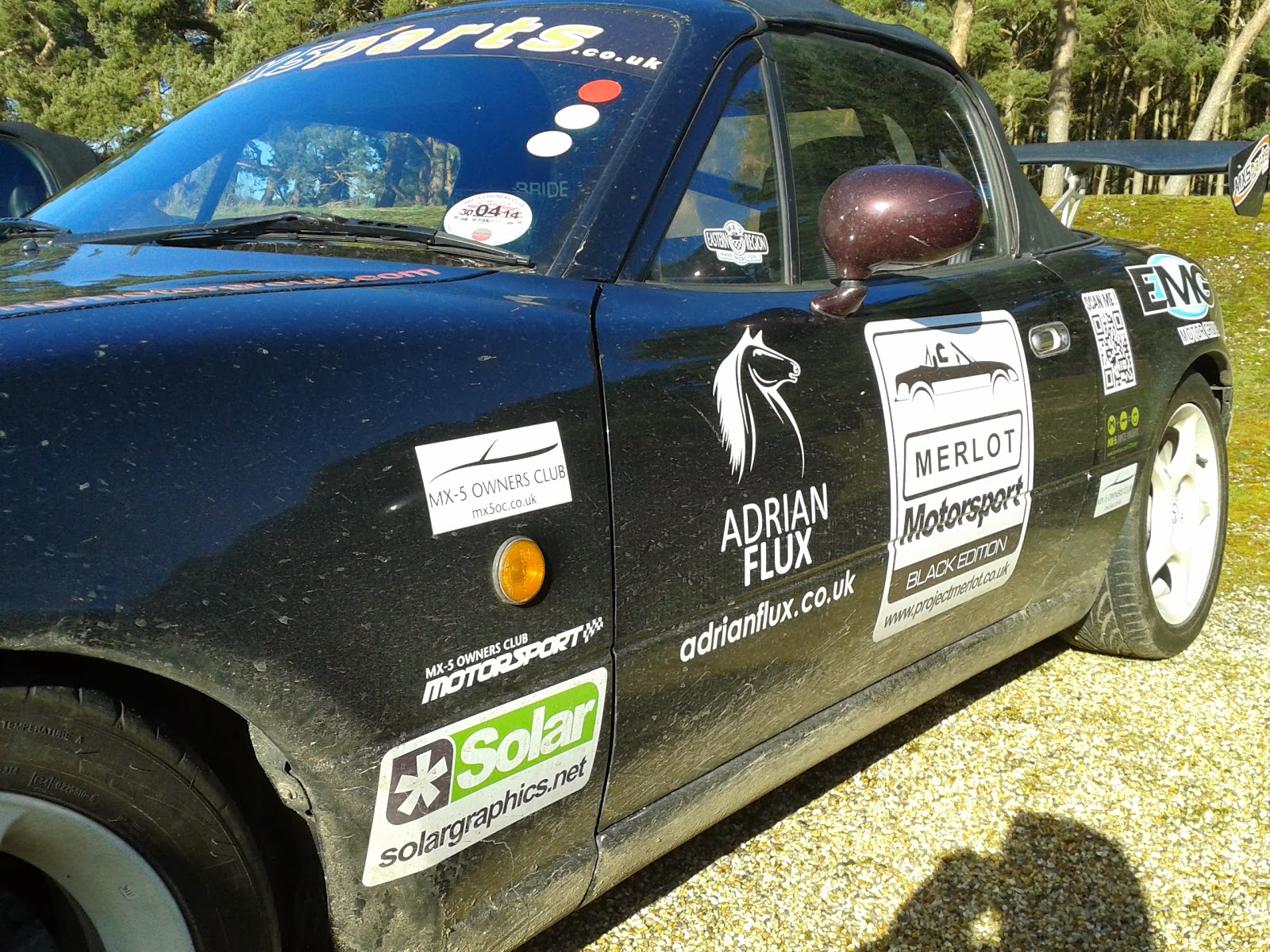 February 16 saw Project Merlot out on the back roads of Suffolk (and a couple in Essex) with the MX-5 Owners Club Eastern Region on their first run of the year. After all the bad weather of recent months the sun shone but it still meant a few of the road were a bit muddy. And with the route seeming to cross right through the middle of a pig farm at one point none of the cars on the run were going to stay very clean. Great fun though... 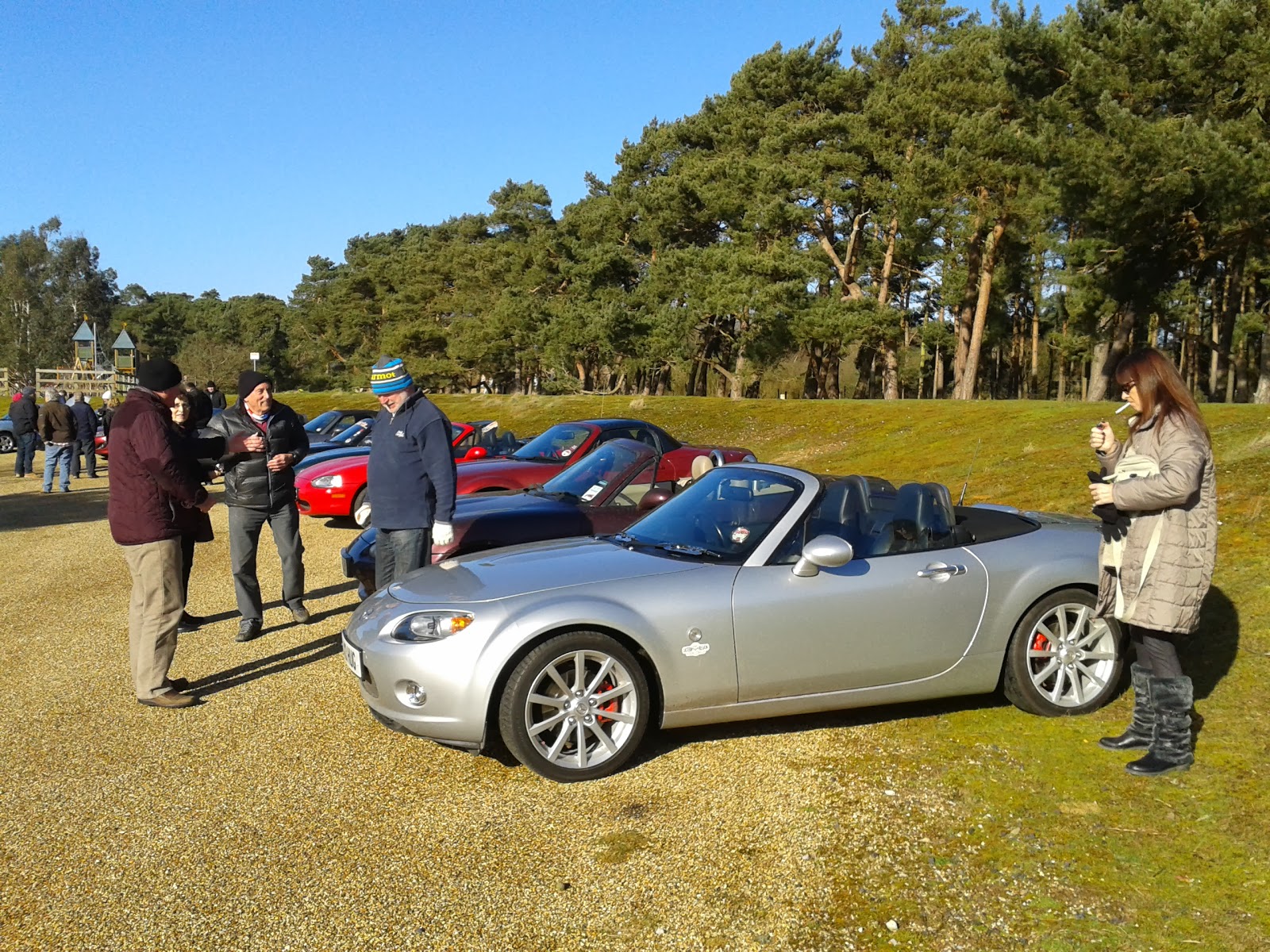 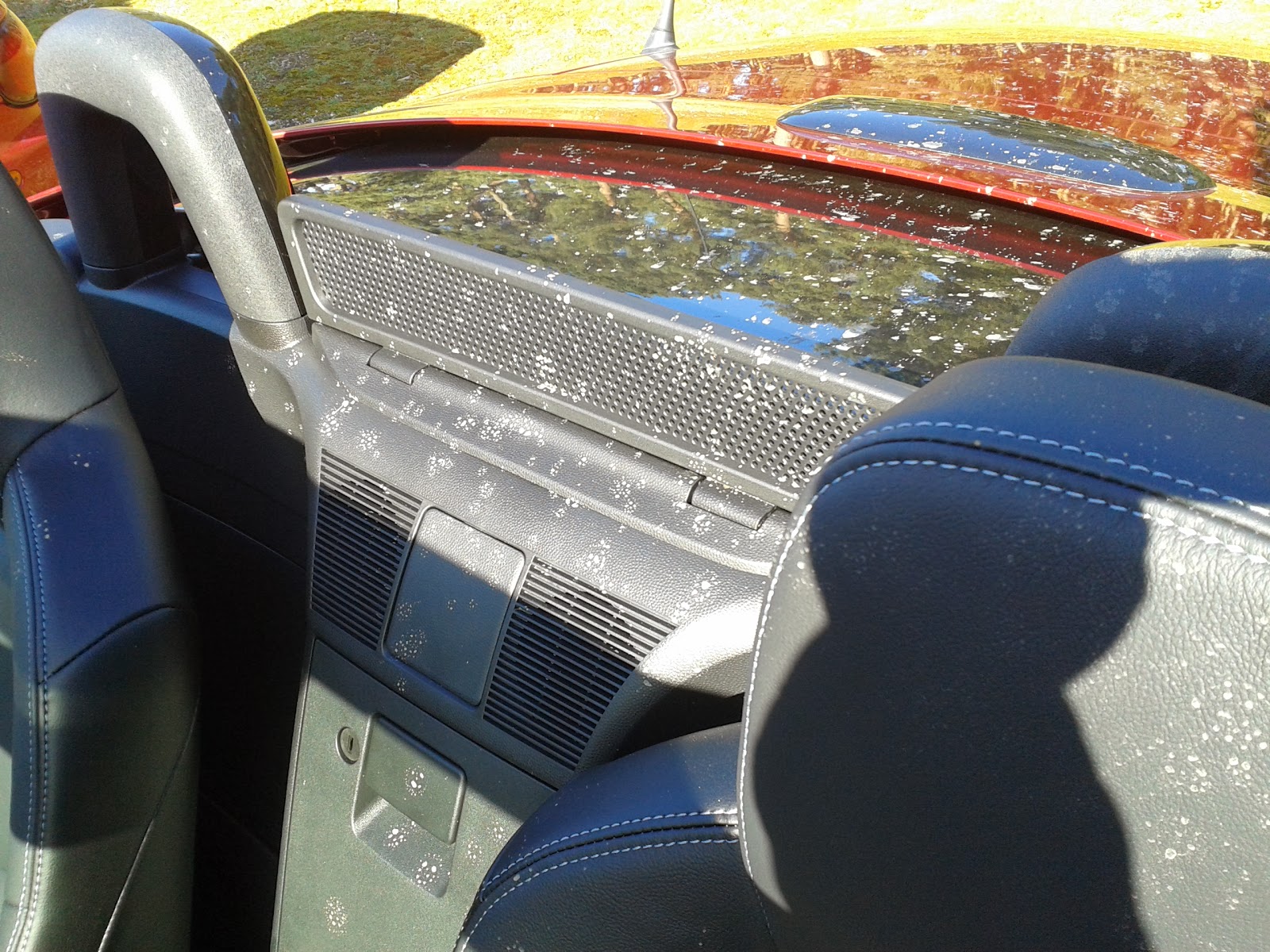