With its new spoiler and new Adrian Flux decals Project Merlot headed up the A1 on Saturday 22 June for the MX-5 Owners Club Blyton 1-3 track event.  2012 saw the Merlot help the MX-5 OC set a new Guinness World Record at Blyton but the plans for 2013 were to concentrate on the track driving, and just have fun!

5 drivers took the Merlot out on track in various sessions over the two day event and all who took to the wheel gave the car a real good workout and in the open pit sessions in the afternoons the car was barely off the track. But as we have come to expect the car took it all in its stride, and even with MAX5 Race Cars on the the track very few could catch the Merlot. 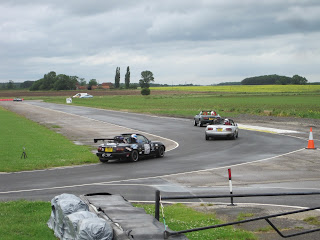 When it came time to relax the team (and the car) took to the bar for a well earned break. 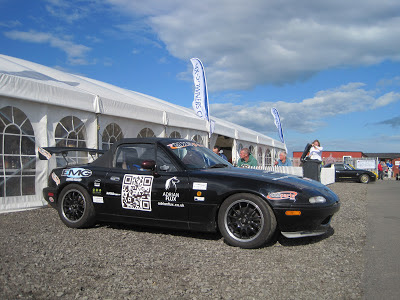 This was the Clubs second Blyton event and many would like to see it become a regular annual do. Will that happen?  I think we will all have to wait and see, but lets hope so. 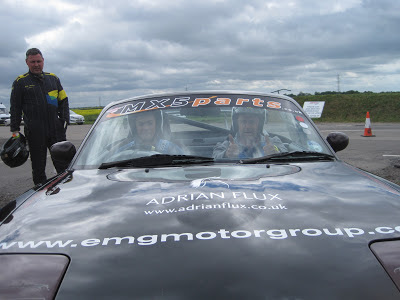