Many of you will be familiar with the Evo Triangle; a route in Wales often used by Evo Magazine for testing cars, as its simply a great driving route. Following the MX-5 Owners Club Spring Rally Project Merlot went on its holidays with friends in North Wales and had the opportunity to take on several circuits of the 20 mile triangular loop.
The roads in Wales in April seemed remarkably quiet. In fact deserted for the most part, which helped greatly, meaning Project Merlot could make the most of the open twisty, sweeping roads, all within the speed limit of course!. (never seen so many speed camera warning signs on such remote roads and the Welsh Police have a fearsome reputation for catching speeders!)
It did come as a bit of a shock however when we all joined the route for the first part of the run to by immediately accompanied by 3 police motorcyclists who looked like they may well dampen our enthusiasm.
We pulled in for a pit stop at the Llyn Brenig visitor centre only to be followed in by 6 police bikers in total! With 6 MX-5 drivers all eager to go for a serious blast we approached them to find out what they were up to; had they been alerted to the presence of us all and headed over to spoil our fun?
No, it turned out, they were on a training run and their presence was coincidental, in fact they even said they would prefer to be in the MX-5s rather than on the bikes.!
If in North Wales, and if you want a good drive, give the Triangle a try, you won't be disappointed. 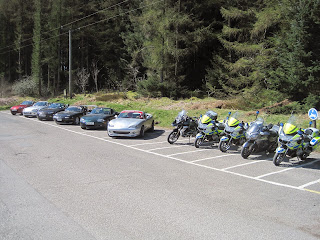 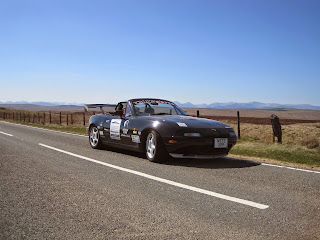 Oulton Park was the venue for the 2015 LX-5 Owners Club Spring Rally and along with a few other race and track prepared MX-5s Project Merlot took pride of place on the Owners Club Motorsport Stand.  And it seems appropriate to stick a few MX5Parts catalogues on the car as well... 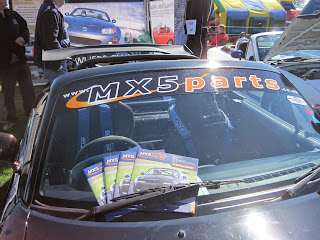 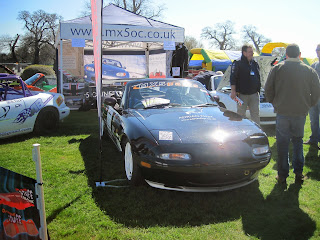 It's featured on the front of the MX-5 Owners Club magazine Soft Top Hardtop a few times, and of course it's no stranger to the internet but this must be Project Merlot's most widely distributed appearance so far; on the front cover of MX5Parts new catalogue.

Featuring the car on track at Blyton Park Driving Centre and piloted by Roadster Robbie; get your copy of the catalogue here. 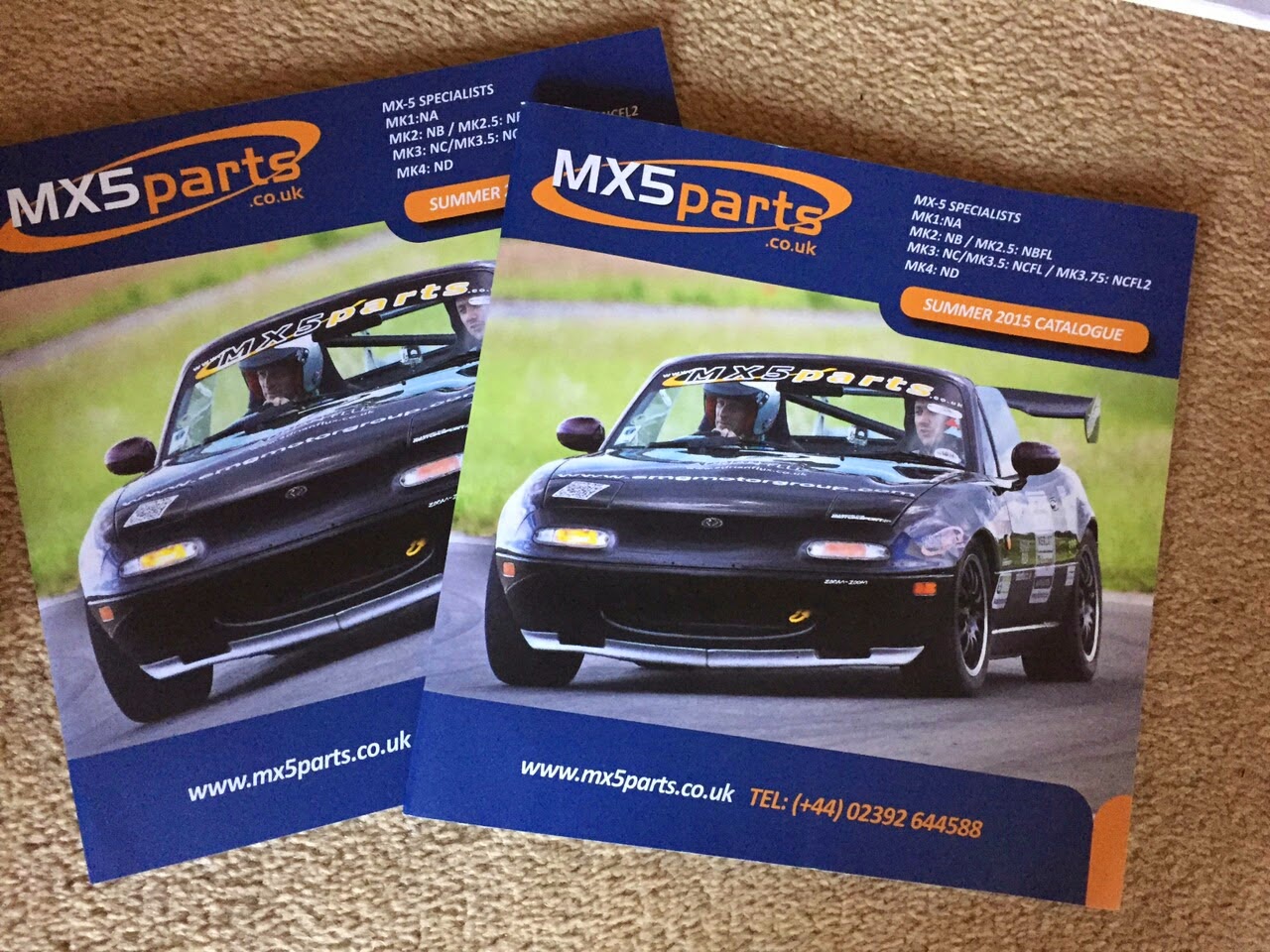