The Merlot now sports the Adrian Flux logo which we think look pretty cool on the car. 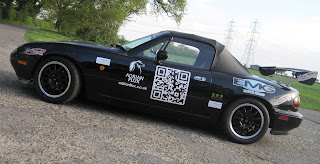 And you won't have failed to notice the other new addition to the car! We thought we were a bit short of downforce, so we stuck this bad boy wing on the back of Project Merlot. What do you reckon ? Is it big enough ? 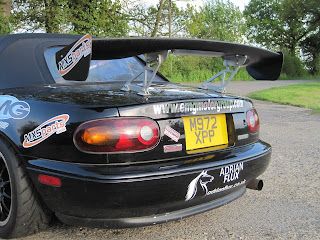 Project Merlot will be heading to the MX-5 Owners Club Spring Rally in Pitlochry Scotland over the weekend of 18-18 May and then to the Blyton 1-3 in June, check out the new mods there. 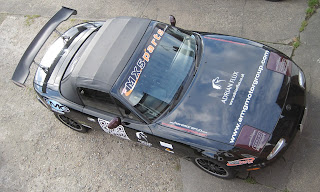 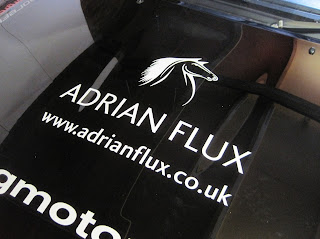